Thai tattoo symbols are believed to be magic and grant spiritual powers and protection to those who have them. Each Sak Yant symbol represents a unique set of qualities that derives from a Buddhist tradition. 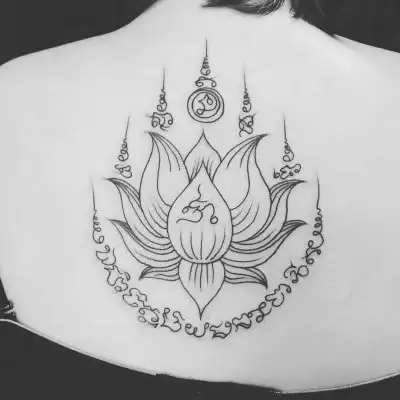 A Lotus Flower symbol represents the Buddhist Eightfold Path and purity of the soul. It has a different meaning which depends on the color of the flower: 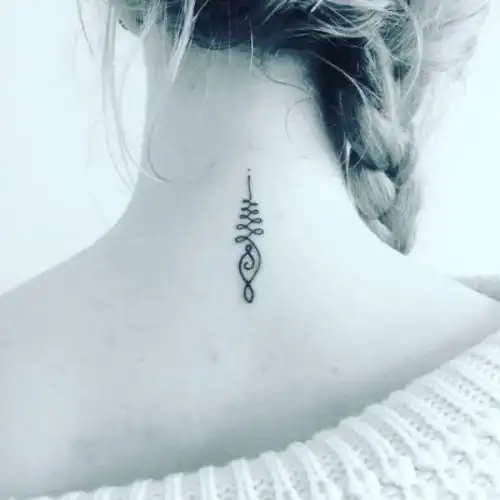 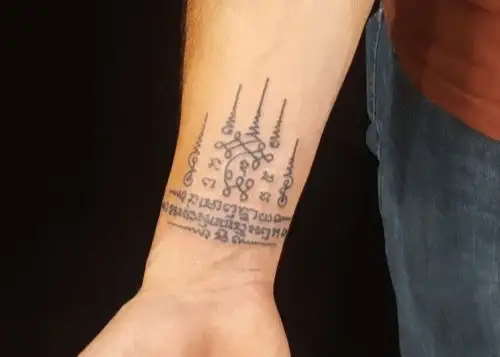 A Sumred Yant is one of the most popular Thai tattoo symbols that is very often tattooed on the back of a neck. This sacred symbol grants its bearer success in life, happiness, and good luck. It also augments a person with compassion and kindness towards others. 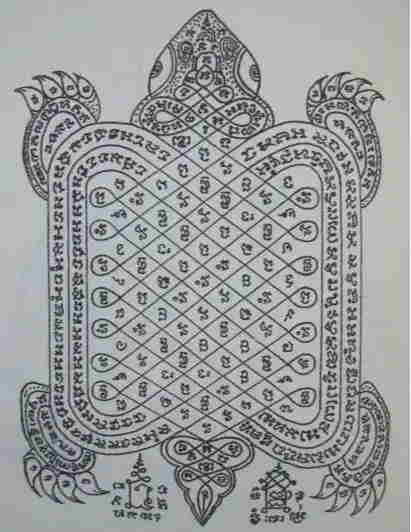 According to Buddhist beliefs, Buddha was once reincarnated as a turtle. A Turtle Thai tattoo symbol grants long life, good fortune, and good health. A long healthy life is related to a perception of a turtle in Buddhist culture. It also combines the elements of earth and water. 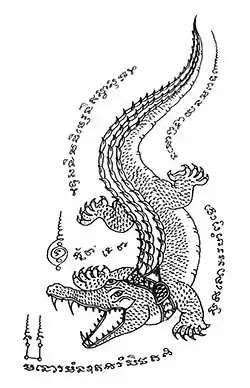 A Thai Crocodile tattoo symbol stands for endurance, strength, and power. Thai soldiers and Muay Thai fighters often get this tattoo symbol to protect them from injuries.

The 5 Blessings of Buddha tattoo: 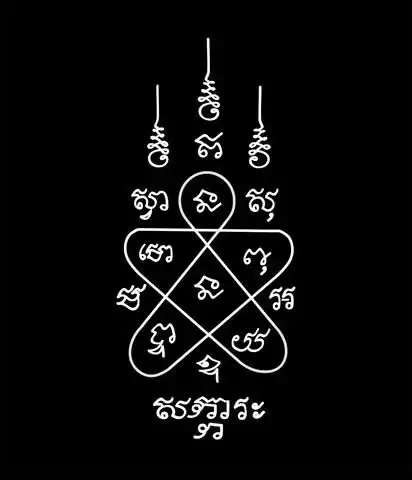 The 5 Blessings of Buddha which bring good luck, happiness, well being and protection from evil spirits to those who have them.

Ongk Pra Yant, in its various forms, represents Buddha himself. The bottom part usually contains a Buddhist incantation [Kata]. The Half Moon Symbol above Buddha's head represents the light of the moon illuminating the way during dark hours. 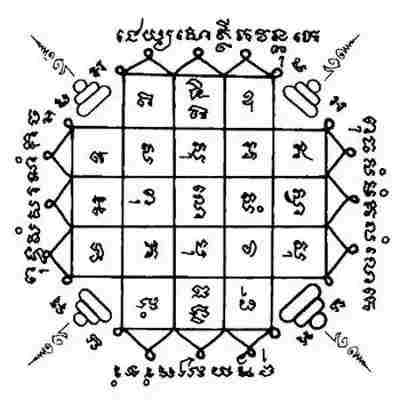 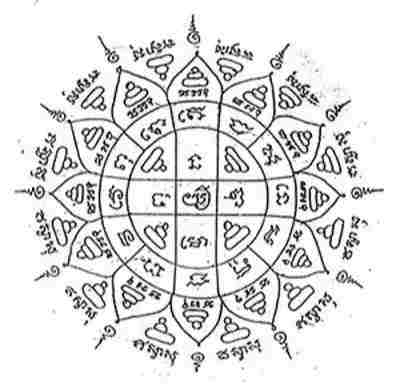 It symbolizes the sun, all the stars and the planets in the universe. It means that all life on earth is possible only thanks to our own star: the sun. 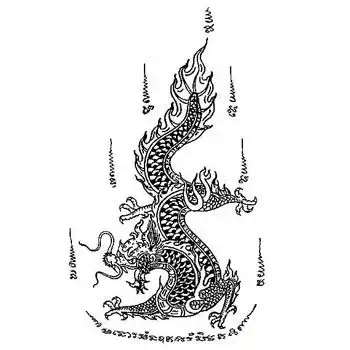 Dragons are one of the most important symbols in Asian culture and traditions. They represent such values as strength, masculinity, prosperity, and longevity.

Thai Dragon tattoo symbol protects those who have them from danger, bad luck and misfortune. 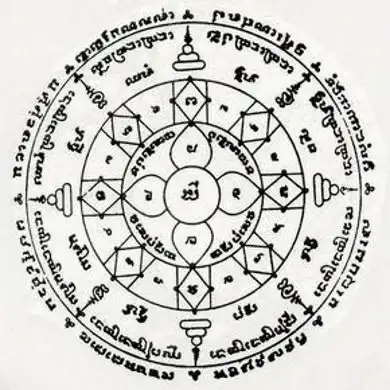 Round Yant represents the face of the Buddha in the Brahmin tradition.


Take a look at Muay Thai Tattoo symbols and meanings to find a meaning behind Twin Tigers tattoo, 5 Lines, 8 Directions and more.

Also take a look at: